Academician Yangsheng Xu once engaged in space robotics research at Carnegie Mellon University in the United States, and later taught at the Chinese University of Hong Kong as the Vice President and Chair Professor of Automation and Computer Aided Engineering. He was elected as an academician of the Chinese Academy of Engineering in 2007. Since 2013, he has served as the first president of The Chinese University of Hong Kong (Shenzhen). 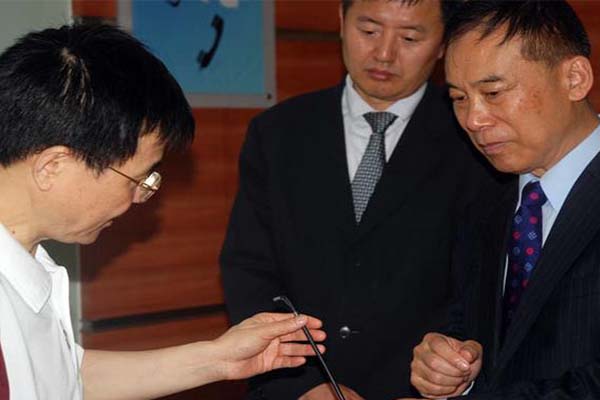 As a senior technical consultant of our company, Academician Yangsheng Xu has visited Yateks many times, and conducted many exchanges on the cooperation of production, education and research in the strategic emerging industries such as sensors, as well as talent transfer. The achievements and practical applications in the fields of online oil monitoring system have been highly praised and appreciated.

Since its establishment in 2003, Yateks has been committed to oil monitoring technology and condition monitoring technology, mainly including oil monitoring system and industrial endoscopes. At present, a lot of energy is being invested in the research and development of ultra-fine probes, high-definition industrial endoscopes, and academician Yangsheng Xu will do further exchanges and cooperation in power transmission, intelligent control, and automatic identification and analysis technologies.