The extruding granulator imported by a refinery and chemical company, the technicians found that the lubricating oil blackened during the inspection of the equipment, and the color of the lubricating oil was very different from the new oil, according to the experience of equipment management. In order to obtain more reliable and convincing data, the technicians used vibration meter, spectrum analysis, infrared thermometer and other means, but the results were surprising. The equipment is running normally. Due to the lack of strong evidence, and because of the urgent production task, the equipment has to run as usual.the technician mailed the oil sample to Shenzhen Yateks Co., Ltd. They ask oil diagnostic specialist from Yateks to help find out the cause and location of the equipment failure.

(By heating the ferrogram to 330 ℃ for one minute, get the above picture on the right side.. The abrasive particles on the ferrogram show yellow, which is the tempering color of cast iron, indicating that the gear is made of cast iron.)

Combined with the above analysis and diagnosis, the conclusions are as follows:

As a result of poor lubrication, or overload operation, or gear gear tooth fracture caused by the impact of gear fatigue wear, resulting in a large number of serious fatigue wear. The gear of the granulator is in a serious abnormal wear condition, and its further use will cause serious accidents. It is suggested that the gear box should be overhauled and shut down immediately.

Based on the diagnostic report of the Yeteks, the factory stopped and found that the partial gear teeth of the gear box were broken. Due to the downtime promptly, the serious accident was avoided. 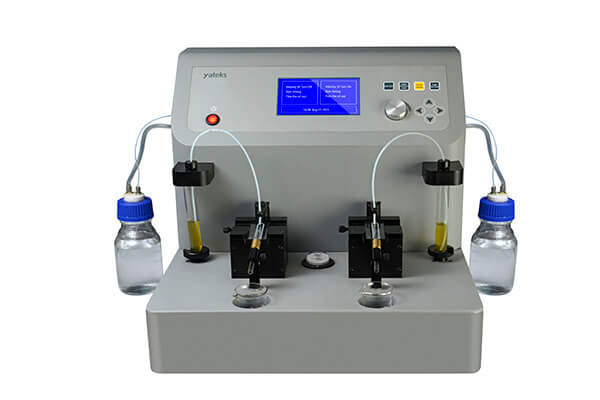