In the 1970s, Massachusetts Institute of Technology (MIT) and Soncor began working together to explore a new method of mechanical wear monitoring that succeeded in 1972 and was later named Ferrography —- Ferrography technology.

In the mid-1970s, the iron spectrometer manufactured by Foxboro Company based on iron spectrum analysis technology was introduced and started to be supplied to the market. With the development of scientific research and engineering technology in developed countries, the application of iron spectrometer in the field of national defense was rapidly obtained Promotion, more typical abrasive particles to be found and accumulated.

As shown in the figure, a ship is a new type of surface combatant naval vessel and is a new-modern naval missile destroyer built and tested by naval scientific researchers on the basis of absorbing and digesting advanced foreign technologies for eight years. In the implementation of its mandate before the main force device 12V390E diesel oil analysis done iron spectrum, found that the aluminum alloy of the large debris, careful analysis of the failure, the camshaft bearings, the main bearing piston pin seat and other aluminum-containing components Carried out in situ testing, and finally found in the left row of the first cylinder piston pin screw found a tiny rift, the initial diagnosis of a faulty piston pin seat, disassembled and found that the piston pin base has been broken. This machine is 12V390E type, 7200 horsepower high-power diesel engine, the price is expensive and the output is small, if you continue to work, the piston under the pressure of 100 tons of explosive pressure, pin seat will soon disintegrate, break the body, the top bending axis causing serious malignant ACCIDENT. Due to the detection of hidden dangers in a timely manner, managers immediately organized repair, only two days and nights to repair the machine, thus avoiding the occurrence of a vicious accident, and at the same time saving more than 300 million funding. 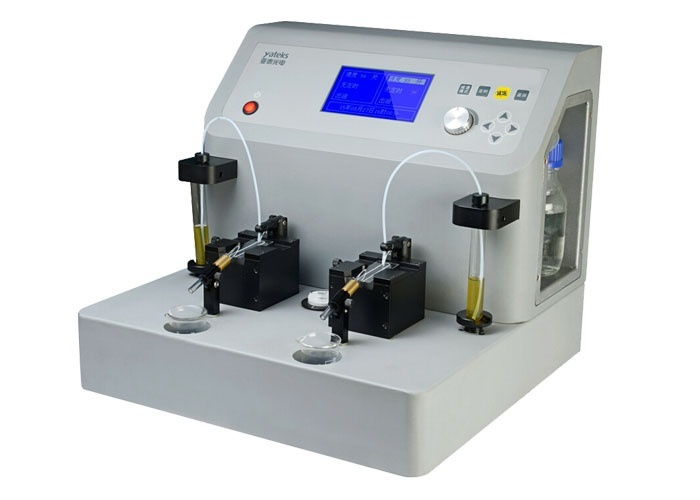 42-160 diesel engine is a high-speed diesel engine for naval vessels. It is a high-speed, multi-cylinder high-load engine that consumes very large amounts of lubricating oil up to 30 g / hh, typically 10-15 g / hh. Corrosion and wear particles were found in the oil monitoring of the diesel engine. The iron spectrum analysis showed that a large amount of red oxide was found on the spectrum, indicating that there was evidence of water inflow in the oil. Combined with the spectral and physical and chemical analysis, Timely identification is caused by the sea into the water. 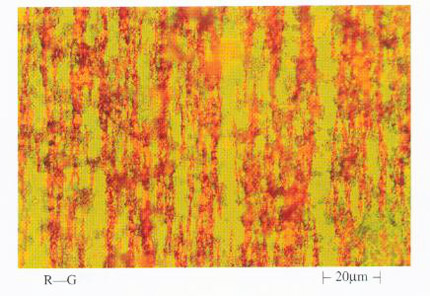 Spectral analysis: sodium content of oil up to 500ppm, significantly higher than other oil samples, initially judged as oil into seawater;

Physical and Chemical Analysis: The use of petroleum products moisture tester, the test results for the moisture content of 1.5%.

Comprehensive Judgment: There is seawater in the lubricating oil of the diesel engine, the content is 1.5%, which has led to a large amount of red oxide in the oil.

Note: Found that there is seawater in the oil, you must immediately disassemble and clean, replace the oil, so as not to cause a long time to spread water corrosion serious corrosion parts.